Skip to content Skip to navigation
UNIVERSITY OF CALIFORNIA, MERCED

< Back to Security Home Page 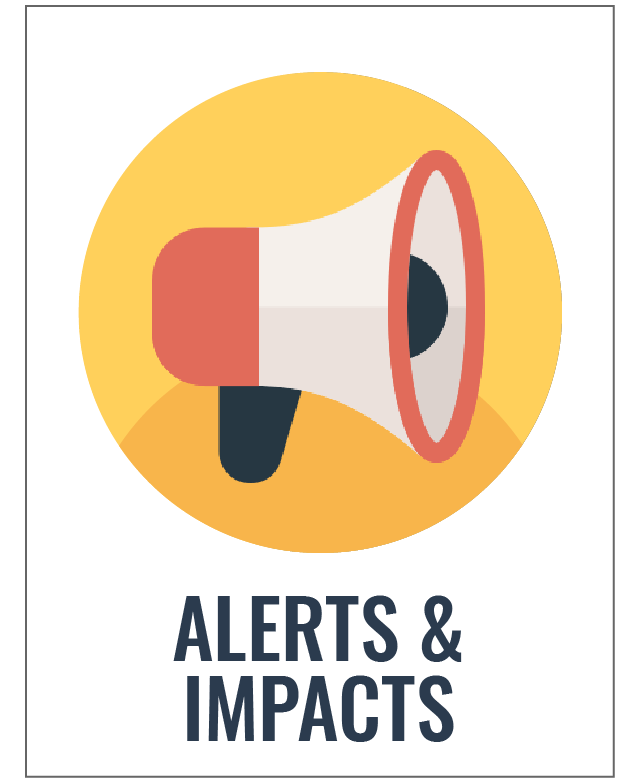 In November, 2019, Americans told Pew Research Center they're feeling frustrated that companies and the government are constantly tracking them online and collecting their personal information, but they're also increasingly vulnerable to identity theft as security breaches rapidly proliferate.

According to data retrieved from Privacy Rights Clearinghouse, the number of educational institutions (EDU) records exposed in reported data breaches each year from 2004 to 2017 remained steady at less than 5 million records. In 2017, this number increased to 7.6 million records. However, there was a dramatic increase in 2018 when a single data breach exposed 40 million records, bringing the total number of exposed records for the year to almost 41 million. 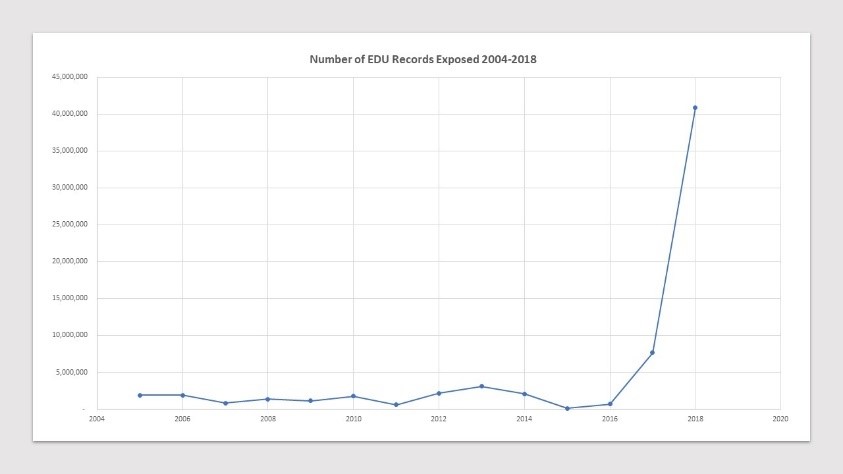 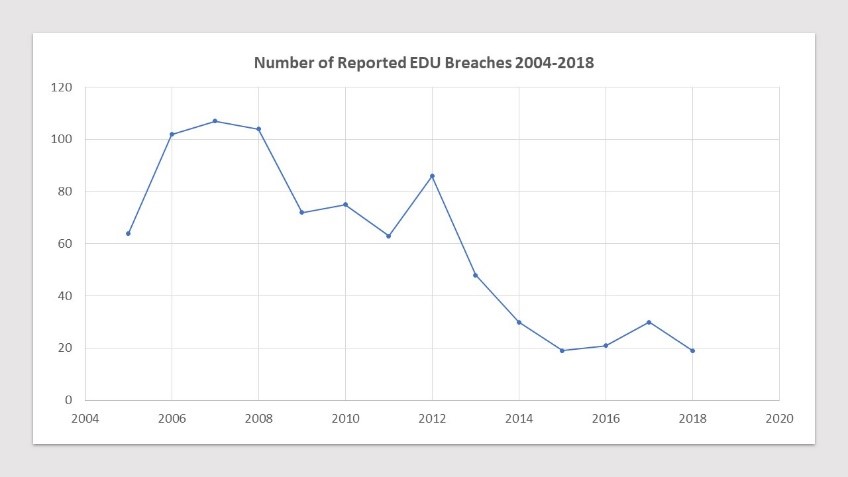 Report on Ransomware at school districts and educational institutions in 2019

Armor, a Cloud Security company, reports that educational institutions were hard hit by ransomware in 2019. According to Armor, there were ransomware attacks against 72 school districts (links to map) from the period of January 1 through December 31, which may have impacted as many as 1,039 schools in the U.S.

Analysis on attack methods for ransomware reveals that most attacks begin with phishing, spear-phishing, and social engineering. For this reason, it’s important that educational institutions train their users via awareness campaigns to help protect their networks. Awareness campaigns should include education about current and emerging cybersecurity risks and phishing emails. Training should focus on policies regarding how to maintain secure passwords and how to properly respond to suspected phishing scams.

LogMeIn, a subsidiary of LastPass Password Management company, published the results of a survey they conducted in the first half of 2018.  According to LastPass, even though 91% of respondents said they understood the risks of password reuse across websites, a staggering 59% reported doing it anyway. There are several reasons for user apathy, but the main culprit seems to be fear of forgetting what their password is.

Compounding this risky user behavior, 53% of respondents said that although they were aware of the risks, they had not changed their passwords in the past 12 months or longer. This holds true even when they learn of a data breach that involved user passwords. Adding still more to their risk profile, nearly 60% engaged in these behaviors: password reuse and failure to change passwords despite a data breach.

As part of their 2019 National Cybersecurity Awareness Month reporting, TechRepublic highlighted the findings of a recent survey conducted by Google.  Here are some of the key numbers on American's cybersecurity habits:

A further break down of this last percentage reveals: