Skip to content Skip to navigation
Office of Information Technology 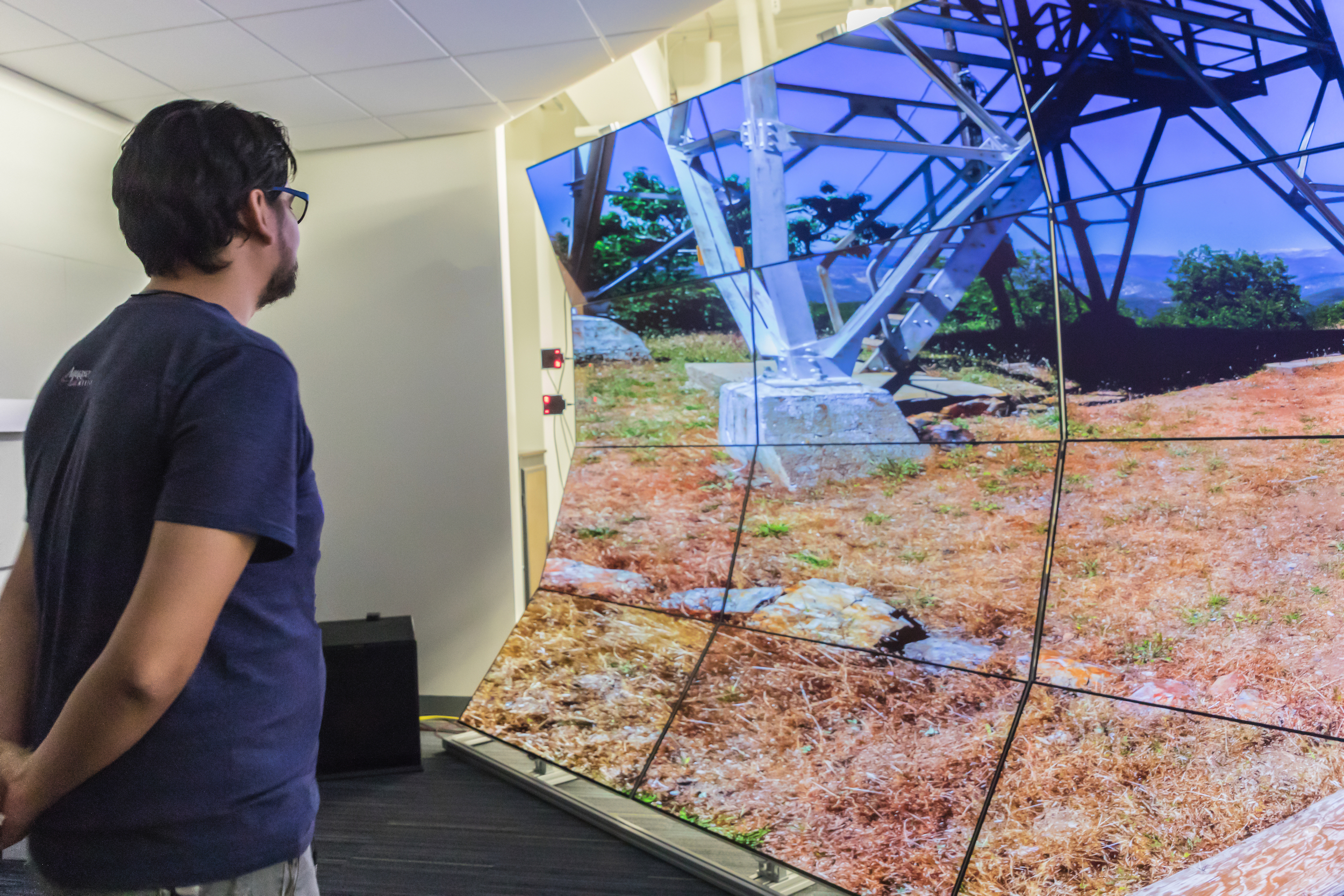 The Wide Area Visualization Environment (WAVE) is a powerful, new kind of instrument enabling researchers to discover new insights into their research and communicate about their work in new and exciting ways. The WAVE itself is among the largest walk-in visualization environments in the world, and it's more than just rendering and display. The core of the system is a 11-server cluster hosting 21 high-end Graphics Processor Units (GPUs), typically used in advanced media and gaming.

The WAVE is constructed of 20 4K (Ultra HD), stereoscopic Organic Light Emmitting Diode (OLED) displays tiled together in a 5 x 4 half-pipe matrix. These OLED displays are capable of displaying over 1 billion distinct colors (compared to standard displays of around 1.7 million) and a contrast ratio of 200,000:1. In addition to the stunning 2D/3D imagery, the system is connected to the ScienceDMZ at 10Gbps, so multi-site collaborations are possible. While each individual part of the WAVE (e.g. the displays, the GPUs, the network) is actually commodity hardware, the sophisticated engineering and opensource software it runs make the WAVE and its kin a unique research tool.

The WAVE allows for a rich set of interactions, supporting almost all types of game controllers and user inputs. It includes the ability to track multiple peoples' interactions while using the WAVE, so is suitable for user interaction studies, research into perception, and game-level design.

Kubernetes (K8s) is an open-source system for automating deployment, scaling, and management of containerized applications. We use K8s to deploy visualization software such as UC San Diego's CalVR for viewing of massive point clouds and 360° steroscopic panarama photographs, as well as software deployed by the users of the Nautilus Cluster. Kubernetes allows Research Computing to deploy the latest scientific software packages as part of the Nautilus Cluster.

WAVE lab tours are not currently available due to COVID-19. Learn more here.

Research Computing also runs the WAVE Lab, where researchers can get targeted help in developing visualizations, learning common visualization and media tools, borrow equipment, and preview their work on smaller scale display systems (as well as the WAVE itself).

To learn how you can use the WAVE and the WAVE Lab in your work, please request a Research General Request/Consultation.